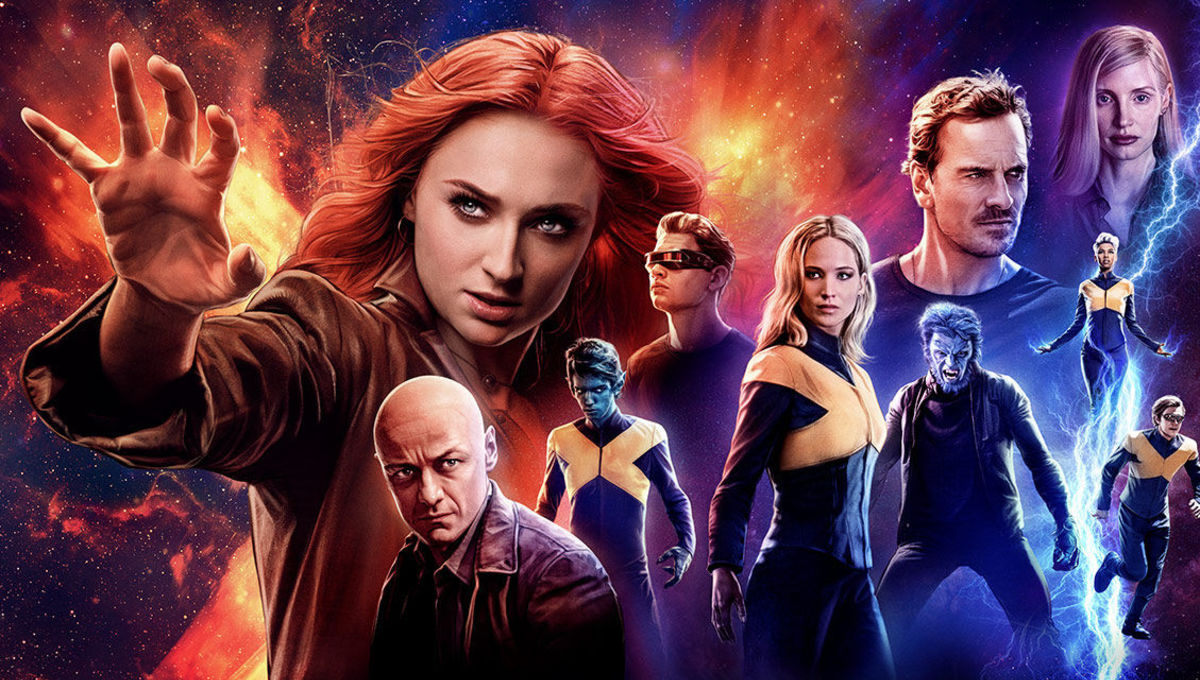 On this final Friday before Labor Day (the unofficial end of summer), I thought I’d take a bit of a flashback to a movie from earlier this summer. It’s a film that, in my humble opinion, was misread by many critics. “Dark Phoenix” also marks the end of an era as the final X-Men film that will be produced by Fox.

Perhaps that’s why reactions were so harsh. Closing out a franchise that spanned almost two decades is no small task. And yes, Marvel Studio has shown us it’s possible, but X-Men paved the way years before Tony Stark showed up in that cave.

For those that have come along for the ride, the story of “Dark Phoenix” is not unfamiliar. We first saw this character and Professor X’s (then Patrick Stewart, now James McAvoy) attempts to suppress the powers of Jean Gray (then Famke Janssen, now Sophie Turner)in “X-Men: The Last Stand.” (Spoiler Alert: It doesn’t go well in either case.)

Maybe it’s because the bar was set so low. When a movie has a 23% rating on Rotten Tomatoes, I expect it to be downright insultingly bad. In fact, if I’m seeing anything below a 25%, I want to be physically sickened, significantly outraged, and catastrophically disappointed in the film. I shouldn’t get more than five minutes into the film without starting to question the choices I’ve made in my life that led me to watch this movie. “Dark Phoenix” delivered on none of these.

What it did deliver was a brilliantly acted movie that served as a solid reminder of the incredible team they’ve assembled for these films. Plus, we got a last minute (final film) addition of Jessica Chastain as the villain Vuk (long, story short: the leader of an alien race who plan to wipe out humans and take over the planet).

I understand that fans were disappointed by the direction of the film and I will concede that the villain backstory could have been better told (as in told at all). But I also understand that there were more important details that needed to be told. I think, in the end, the lesson here is the extreme connection we all form with the stories that touch us. They’re not passing fancies, they stay with us.

But for those who have avoided the film fearing that low number, I offer hope. Does it match the comics precisely or change the past, present, and future of filmmaking forever? No. But it’s a good story, well told.