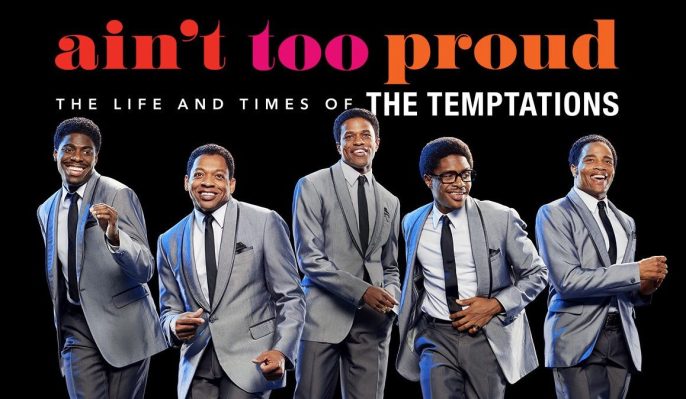 It’s one week until the 2019 Tony Awards, and this year we’re counting down with a look at all of this year’s nominated musicals. First up is a show that offers a seemingly infinite jukebox of Motown hits from one of the most successful groups of all time.

“Ain’t Too Proud — The Life and Times of the Temptations” has a herculean task–condensing decades worth of stories and songs, all the successes, failures, and everything in between into a few hours. It’s not possible, but this toe-tapping show sure tries its hardest.

Where the show falls short is when it tries to fit into a cookie cutter mold. With a narrator (played wonderfully by Derrick Baskin as Otis Williams) who steps out of the action to break the fourth wall, it is very reminiscent of “Jersey Boys.” While there are worse templates to follow, it feels a little shoehorned at times and like a missed opportunity to try something different for the very different cultural experience of the Temptations.

Where the show absolutely gets it 100 percent right is with its five original Temptations. They each bring something unique to the party and blend together to create a musical experience you will never forget. That being said, there is one standout performance I’d like to address.

Ephraim Sykes as frontman David Ruffin is indescribable, but I’m going to give it a shot anyways. He has an energy and charisma that truly captivates, and some microphone skills that will have your jaw on the floor. To put it another way, and because this was where my head was at when I saw the show, he could totally kill the Night King…and yes, I will be making this call for all of the musicals this week. (Feel free to offer suggestions for “Beetlejuice”, “Hadestown”, and “Kiss Me, Kate.”)