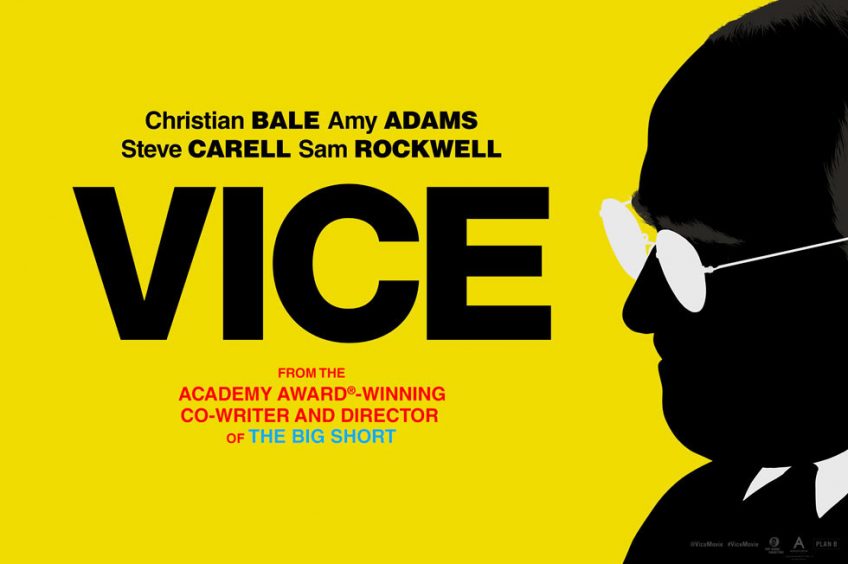 It’s not hard to watch Adam McKay’s “Vice” and think about how little things have changed. It may be difficult to remember that it was created by the same people who brought us “Anchorman” and “Talladega Nights.” (Seriously.)

However, when you consider, as the movie’s narrator, a man named Kurt (Jesse Plemons), explains, Dick Cheney’s incredible privacy made it difficult to pin down a lot of details, you start to realize that only a comedian could connect these dots to complete the picture.

So, while this movie is by no means completely factual, you may very well forget that. With that in mind, you could look at “Vice” not just as a movie about Dick Cheney, but as a prequel to the political world we now find ourselves in, it’s easy to understand how these dots may have been connected by a storyteller trying to make sense of the most powerful Vice President in American history. It’s then the role takes on new significance.

Of course, this Dick Cheney (Christian Bale) is far more accessible than the VP our nation remembers, but even with the peak at the man behind the curtain, he remains a quiet, contemplative character. The movie is, unsurprisingly, liberal in its leanings, but it does not overtly villainize its central characters. It presents them as not-quite SNL level caricatures of themselves (and Sam Rockwell as George W. Bush is mindblowing), but not pure evil. I realize that those further to the right or left might view the choice differently.

While an even-spoken villain who rarely speaks above an “inside voice” volume does not scream “nominated role!” (literally), it still seems pretty clear why Christian Bale got nominated from the moment he appears on the screen. But I assume that it’s his final scene that sealed the deal.  That final monologue really drives home the sincerity of the performance. Strangely enough, at that moment, it becomes clear not only why Bale was nominated, but how Dick Cheney was able to accomplish everything that he did (regardless of your feelings on it being right or wrong). The movie may not pull punches where the story is concerned, but it’s in those final moments you realize there is a certain level of appreciation. Not approval by any means, but an understanding.

I know there are those out there who are sick and tired of politics and seeing more of it at the movies sounds like absolute torture. If you’re one of those people, do not go see “Vice.” There’s nothing escapist about this story. It merely rewinds a few years to remind us how we (possibly could have) got here, which when paired with a sense of humor and a touch of morbid curiosity makes for an enlightening trip to the cinema.