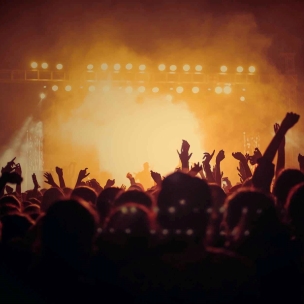 With less than a month until mid-term elections, we’re in peak political season. Tensions are high and opinions are everywhere.

Please note that I used the word “unexpected” and not “inappropriate.” That’s an important distinction that some of us seem to have lost sight of.

It turns out that even pop princesses are entitled to their opinions and political leanings, and get this, they can share them too. It’s called freedom of speech and it applies to everyone, not just people you agree with.

When Ms. Swift announced her support of two Democrats this week, the internet exploded, politicians weighed in, and “fans” threatened to destroy the artist’s CDs and other merchandise. It was a perfect microcosm of the politically-fueled times we currently live in, or at least that’s what it seemed like at first.

Once the smoke started to clear, it seems that a lot of people did hear Ms. Swift’s message. It wasn’t to support any particular candidate or bring on the “blue wave.” No, it was much simpler— go vote.

According to Vote.org, in the past 24 hours over 65,000 individuals have registered to vote. That’s impressive by itself, but it’s mind-blowing when you compare it to the just over 190,000 that registered during the entire month of September.

While it is easy to see yesterday as yet another political storm, I promise there’s a rainbow in there too.

…PS – Deadlines are coming up hot and fast so make sure you are registered to vote now.