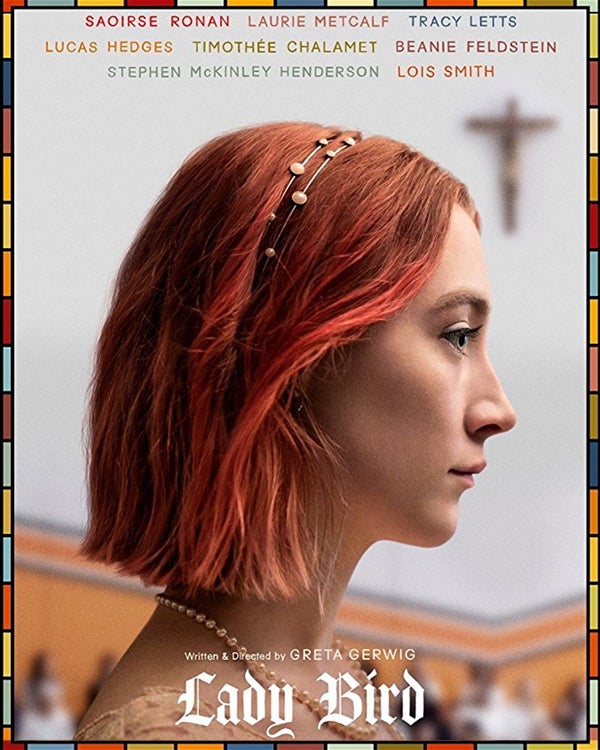 I hate to be too hyperbolic as I head into my final best picture review of this 2018 Oscar season, but to say that “Lady Bird” spoke to my soul would not be an overstatement.

This story, written and directed by Greta Gerwig, tells the tale of Christine “Lady Bird” McPherson (Saoirse Ronan), a senior at an all-girls Catholic high school in Sacramento.

It’s both a coming of age story and a mother-daughter tale as Lady Bird navigates high school (and all of the best friends (Beanie Feldstein), boyfriends (Lucas Hedges and Timothée Chalamet), and drama club that goes with it) and her relationship with her mother (Laurie Metcalf).

Anyone who attended an all-girls Catholic high school will find Lady Bird’s school, Immaculate Heart, somewhat familiar, which was incredibly refreshing. This is not the first appearance of an all-girls high school on film, but I have to say, it was the most familiar.

There have been more than a few movies and televisions shows that have featured all-girls high schools, many have exploited stereotypes and painted a picture that may have been funny, but at the expense of those who actually lived these experiences. “Lady Bird” captures the life of an all-girl Catholic education with reverence and attention to detail and absolutely nails it.

What’s perhaps most impressive is that “Lady Bird” manages to be a comedy without making fun of any of its subjects. The empathy shown for each and every one of these characters, not necessarily by Lady Bird (at first), but by the storyteller herself is refreshing. It’s clear that Greta Gerwig has very much based this story on personal experience, but to be clear, it’s not autobiographical. Still, the care which she has taken in telling this story is clear.

As I admitted in my Golden Globe predictions, I am the target demographic here, so I know not everyone is going to literally recognize these situations. But I like to think that much like I’ve drawn universal takeaways from all of this year’s nominated films, everyone can find something to connect with in this beautiful, simple, well-told story.