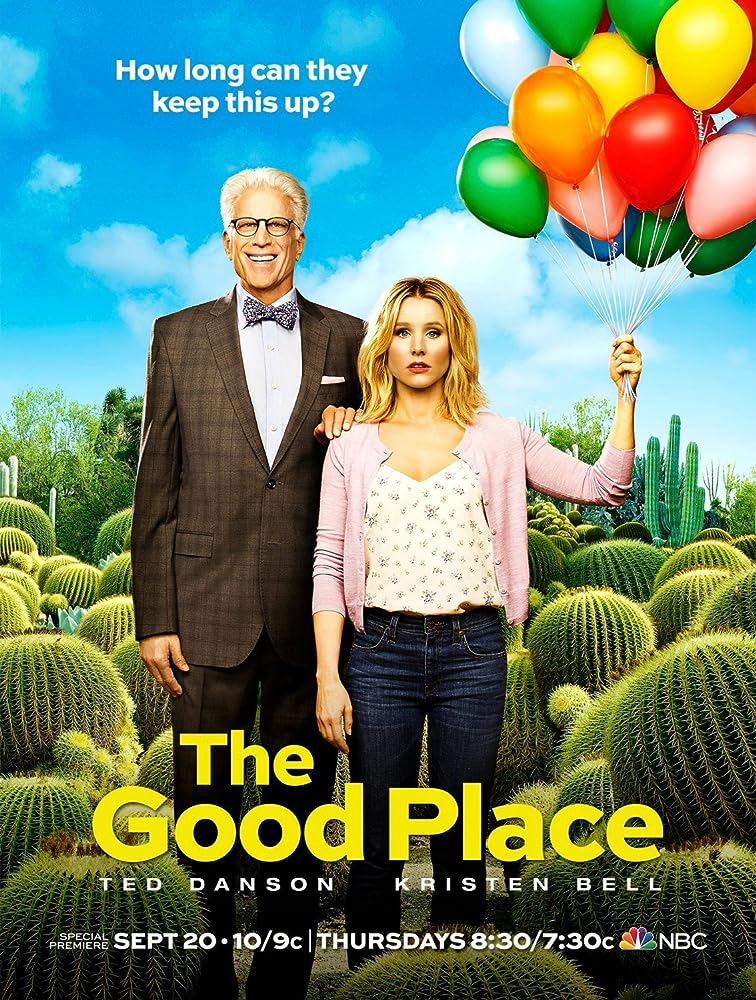 This fall television season has seen a lot of new additions, some good and some not so good. But today I’d like to talk about a show that’s in its sophomore season—“The Good Place.”

If you missed the first season of this NBC comedy about the afterlife you can check it out on Netflix, and I suggest you do that now or continue reading at your own risk. In case that wasn’t clear enough, here is your official SPOILER ALERT…This surprising series spends its first season following Eleanor (Kristen Bell) who finds herself in the Good Place due to an afterlife clerical error. Confiding only in her soulmate, Chidi (William Jackson Harper), Eleanor tries to keep her secret while attempting to become a better person…and I promise it is actually funny too. It was an intriguing enough premise, but begged the question — Where is this going?

Thankfully, the season 1 finale answers this question in spectacular fashion. Seriously, if you haven’t seen the first season this is your last chance to stop reading.

It turns out that Eleanor isn’t the only one who doesn’t belong in the Good Place. Not only that, but she was in the Bad Place the whole time. Yes, it turns out Sartre was right, hell is other people.

This revelation ends the first season, and left us wondering where the show goes from here. Season 2 starts in exactly the same spot as season 1, except now the audience is in on the “No Exit” premise. With the cat out of the bag, the inhabitants of the fake Good Place have their memories wiped, and the failed experiment gets rebooted.

Unfortunately for this particular corner of hell’s leader, Michael (Ted Danson), it seems that no matter what the scenario, someone always figures out they’re in the Bad Place. After over 800 reboots and three episodes the second season finally found its premise, and a reason for the audience to keep watching.

It’s an incredibly smart show that also happens to be funny. Despite the fact that we’re in on the secret, it continues to surprise.