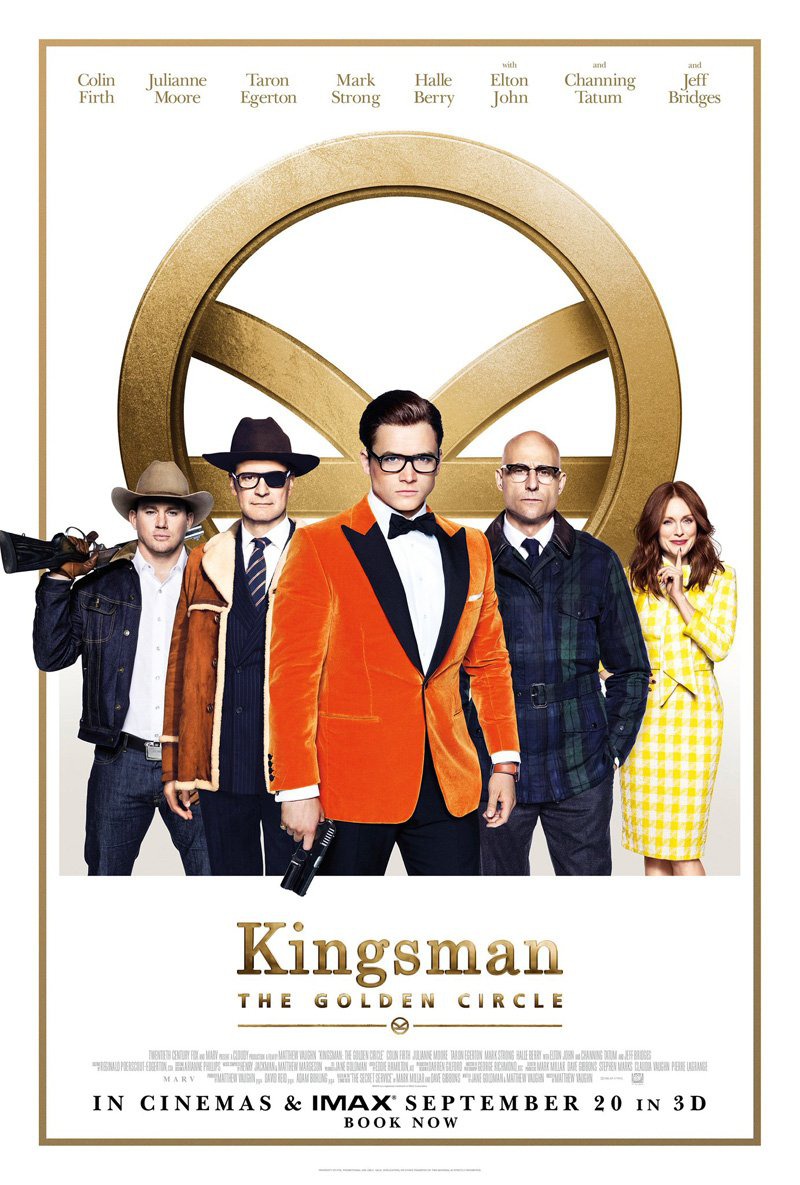 The “Kingsman” series was a delightful surprise to me when “Kingsman: The Secret Service” hit theaters in 2014. It’s an unexpected cross between the charm and wit of James Bond and tongue-in-cheek gore.

I know, I know, it does not sound like a winning combo, but the trick to enjoying the “Kingsman” films (and really any film) is knowing what you’re walking into. The balancing act of charm and gore that the first film nailed is just as phenomenal in the sequel, “Kingsman: The Golden Circle.”

And while the opening feels a little disjointed at moments, there’s not a detail that doesn’t pay off, so it’s not hard to forgive. We pick up just about where things left off with Eggsy (aka Galahad played by Taron Egerton) and a not so nice reunion with a former classmate who is now working for a drug lord (although technically a drug lady) who is set on destroying the Kingsman, thus eliminating the greatest hurdle for her nefarious plot. (Did I mention there’s a lot going on?)

Although the plot is partially and tragically successful, the remaining Kingsman agents soon discover a cousin agency (their delightful word choice) in the U.S. — aptly named the Statesman. Where the Kingsman’s front is a tailor shop, furnishing the finer things, the Statesman fund their secret service with whiskey, a much more lucrative business, as they’re quick to point out. Their code names follow suit with some delightful new characters — Ginger Ale (Halle Berry), Tequila (Channing Tatum), Whiskey (Pedro Pascal) and, Champ(agne) (Jeff Bridges).

This film’s villain, Poppy (Julianne Moore) is just as whimsically ruthless as Samuel L. Jackson’s Valentine. In fact, I’d go so far as to say she might be the better nemesis. Against all odds, I actually found a few redeeming qualities in this sadistic woman of business.

Her habit of kidnapping beloved pop icons — Bad. But her stance on reforming the criminal justice system — I can get behind that. Her means of achieving said goals — Not Great. And yes, that hypothetical is legitimately a plot point in “Kingsman: The Golden Circle.”

The movie comes in strong on a few political points and impossibly predicted an unfortunate but spot-on reference. In my opinion, the politics grounded the story and Poppy nicely, but I’m sure that would depend on your personal political persuasion. That’s one of the things this series has done well, it finds a way to ground the wacky and weird scenarios it puts before you, and it does it with style…and one of the most touching musical numbers I’ve seen in recent films.

All in all this chapter of the “Kingsman” story is just as entertaining as the first, and I look forward to seeing how they resurrect it (for some characters that will be literal) in the future.