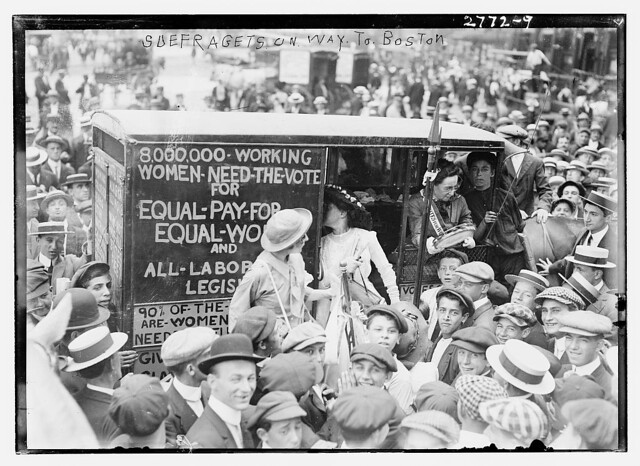 On this day in 1920, the 19th Amendment, which gave U.S. women the right to vote went into effect. (Fun fact: The first woman was elected to the House of Representatives four years earlier.) Nearly a century later, we celebrate this victory for civil liberties with Women’s Equality Day.

It’s both an opportunity to remember and honor past victories and push forward toward equality yet to be achieved. It’s a reminder of the blood, sweat, and tears that have gone into maintaining our democracy from the day it was formed. Our nation did not spring to life, fully formed the day the Constitution was signed. Even the Founding Fathers knew that maintaining this experiment would take the work.

Equality, liberty, and the American dream are not destinations, they are something we must work to achieve and maintain every single day. And so today is not just about achieving equality for women, it’s about equality for all people, and every citizen who has ever dared to push our nation to be better.

Today we’re facing new challenges, new divisions, and I have to believe that we will rise above them. It won’t be easy, but neither was ratifying the 19th Amendment. Because getting a seat at the table when the current law prohibits you from having one can make things a bit challenging. So today I hope we’re all both inspired by the past and motivated toward a better tomorrow.