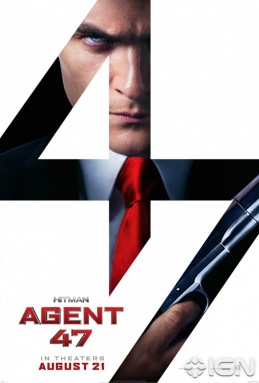 It’s been a good summer for the long-shot blockbusters. “Ant-Man” proved that Marvel still knows what they’re doing. “Mission: Impossible-Rogue Nation” showed that it’s still going strong. Even “The Man from U.N.C.L.E.,” a movie based on a 1960s television show that many of us have never heard of, surprised us. It’s been a nice long run; however, such is the way of the world that all good things must end.

This summer, that end comes with “Hitman: Agent 47.” Based on a video game, that already proved in 2007 that it doesn’t translate well on the silver screen, this reboot seemed unnecessary to begin with. It did have the benefit of the bar being set really low, which it did not take advantage of.

Despite what the previous paragraph might imply, I had a hard time hating this film. It had a whole lot going in its favor — good cast, exciting premise. Okay, maybe not a “whole lot,” but it had a few. My point is, on the surface it could have been a good film, except for one fatal flaw — it lacks personality.

If you’d like to know what the Hollywood “equation” is for an action film, then “Hitman: Agent 47” is the film for you. Step one, open with an action sequence, and reveal your hero — Agent 47 (Rupert Friend). Step two,  dig into the back story and introduce us to our other hero who doesn’t know their own importance (yet) — Katia van Dees (Hannah Ware).

Next, these two characters meet, preferably in the middle of an epic action sequence. Warning, to make things more interesting this is usually the part where they throw in a decoy hero who may or may not turns out to be the antagonist/foil to the hero — John Smith (Zachary Quinto).

We now enter the part of the film where a successful action film is either made or dies a slow and painful death…the rising action leading up to the big reveal — Katia’s father Dr. Litvenko (Ciarán Hinds).

My point, it’s predictable. It never takes any risks, and is incredibly dull at times. Which, considering it’s a film about a genetically engineered hitman, is surprising.