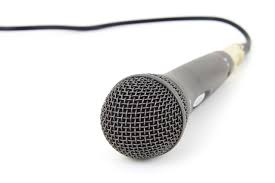 Regular readers will recall that back in January my hand was forced, as I begrudgingly shared my 2 cents on the topic of a petition to deport Justin Bieber.

To summarize, the fact that more than 100,000 signed the petition, forcing the White House to respond seemed like a giant waste of time to me.

It’s been several months and the White House has finally issued a statement.  So, today, I bring you the not-so exciting conclusion of this frivolous saga:

The response opens with the following statements:

Thanks for your petition and your participation in We the People.

Sorry to disappoint, but we won’t be commenting on this one.

And that is where they lost the majority of their audience. The response goes on to explain that the guidelines of the petition site allow them to pick and choose which issues they actually respond to, and then it gets exciting.  That is, exciting for anyone who wants to learn more about immigration reform. Let’s face it, any of the Bieber haters who stuck around past the first 2 lines were definitely gone by the time they got to this:

So we’ll leave it to others to comment on Mr. Bieber’s case, but we’re glad you care about immigration issues. Because our current system is broken. Too many employers game the system by hiring undocumented workers, and 11 million people are living in the shadows.

So non-beliebers, thus ends the first chapter in your battle to get the pop star deported. Please, make it the last chapter, please.

It’s Earth Day, go hug a tree or Instagram a flower, or something outside that doesn’t involve hating on a celebrity who gets way too much attention as is. It’s good for the planet.

We the People: White House’s Thoughts on Justin Bieber