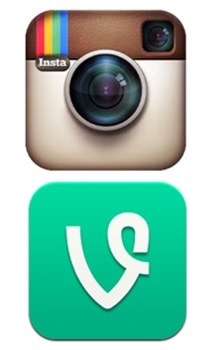 With the launch of Instagram’s new video feature this past week, many social media enthusiasts declared this the death of Vine.

For those of you unfamiliar with Twitter’s video app, Vine allows you to film 6 second clips that loop, this allows for some creative and entertaining video sharing.

Instagram video, on the other hand, allows you to shoot a 15 second video (minus the loop).

Now I won’t pick sides in this great rivalry (even if one of these requires at least an ounce of artistic vision and creativity), but the numbers since Instagram announced their app’s new video feature are hard to ignore.

On the first day, Vine’s Twitter shares dropped by 1million, and this past week saw shares drop below 900,000.

So is this the death of Vine?

The numbers would point strongly to that conclusion, but the fact is, Instagram’s new feature us still new. Also, while Vine’s numbers may have tumbled, Instagram’s didn’t exactly skyrocket.

That statistic should give Vine some hope. It seems these two dueling apps, will be going at it for a while longer.