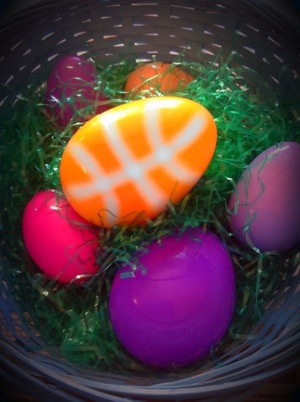 For Catholics this is an especially significant Easter Sunday. This is the first Easter for Pope Francis, who happens to be the first Jesuit pope and the first pope from the Americas.

That’s a lot of firsts and a lot of pressure. Which would explain why Pope Francis has already dropped the ball…specifically, the basketball.

Yesterday, the sole remaining Jesuit representative in the NCAA men’s basketball tournament was knocked out.

We’re not saying Pope Francis should have spent some of that prayer power he’s been requesting on aiding his fellow Jesuit institutions of here in the US of A, we’re just saying he could have.

But today is a day of joy and spring and family and forgiveness, so we’ll not dwell, but wish you all a Happy Easter and a lovely Sunday!