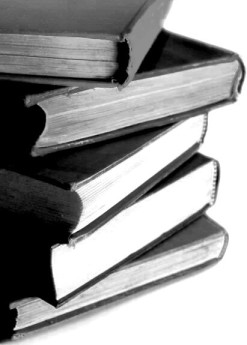 We did it!  Page turning enthusiasts, the speculation of the death of the e-reader has begun!

Momentarily remove your noses from your books to rejoice, you bookworms you!

We have a new nemesis—the tablet.

For those unfamiliar with the tablet, you may want to put down your book and pick up a paper (occasionally) or even glimpse a headline on Twitter every now and again.  But essentially they’re e-readers on steroids.

I admit, I have no qualms with the tablet, until they legitimately threaten my bound friends.  Now, it better stick to its Angry Birds and Words With Friends and watch its back.  Lovers of the written word are watching you.

Sure the tablet may lure you in with its convenience and apps.  It may be portable and sleek and come with multicolored keyboards, but can it give you a paper cut?

More importantly, can it survive the kind of abuse that literature has endured throughout the ages?  You drop a book on the sidewalk it may bruise, it may bend, but it’s contents will (barring the presence of a puddle) remain intact.  Try that with your iPad, let me know how it goes.

The Wall Street Journal: The E-Reader Revolution: Over as It Has Just Begun