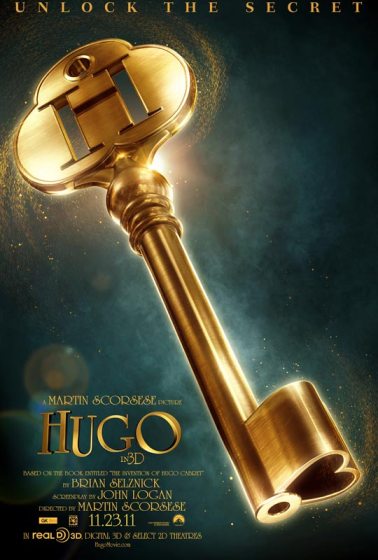 With a setting like Paris in the 1930s, you might think that Martin Scorsese’s “Hugo” is based in the harshness of reality, but this heart-warming, fantasy film is far from it.

Hugo Cabret (Asa Butterfield) joins the ranks of great Parisian vagrants who have taken up residence in the city’s attics, crawl spaces, and under-ground lakes; when his uncle (Ray Winstone) moves him into the train station after his father’s (Jude Law) sudden death.

Abandoned shortly after, Hugo continues his uncle’s duties of winding and maintaining the stations’ clocks.

Surrounded by a world of constant comings and goings, Hugo gets a glimpse into the lives of the people who make their living in the station (Christopher Lee, Richard Griffths and Sacha Baron Cohen…to name a few).

Through his observations, he meets Isabelle (Chloë Grace Moretz), and the two set off on an adventure or two: restoring a broken automaton; deciphering a secret message and reminding an old film director of who he is.

For a “kids” film, “Hugo” is not childish in the least.

It’s a film comprised of small moments. We get glimpses that come together to make a whole, and it’s done beautifully.

Paris becomes a magical playground, and takes on a pop-up book like feel. It’s refreshing to see 3D actually used in the storytelling instead of as a gimmick.

We are treated to clips from silent film greats including Charlie Chaplin, Harold Lloyd and Buster Keaton. The contrast between the glitzy 3D and the black and white comedy of these legends, reminds us film addicts of just how much has changed and stayed the same in filmmaking.

I would be remiss if I didn’t give some credit to the top-knotch cast of “Hugo.”

Film great Ben Kingsley as Georges Méliès backs up two impressive child actors. Chloë Grace Moretz and Asa Butterfield make a perfect pair as the bookworm, Isabelle, and the mechanically-minded, Hugo. They bring to mind the childhood playmates that we all once were.

While kids will enjoy the imaginitiveness of this film, and some of the larger than life characters. This movie is a fond look back at a simpler time.

Two children on the brink of young adulthood, growing up in a world on the brink of World War II, remind an older generation of dreamers to continue imagining a better world.