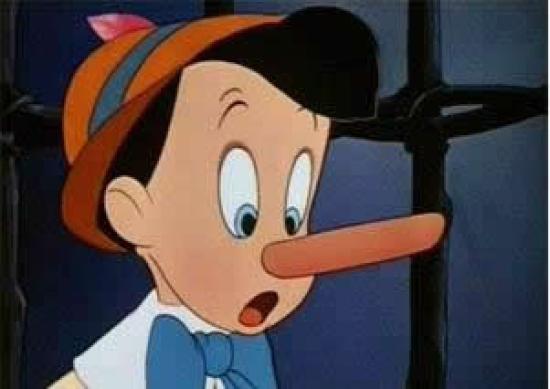 From an early age we’re told that honesty is the best policy.

We’re taught that telling the truth is good, and lying is bad (it’s a lovely black and white world).  However, a new study shows that this lesson might not be sticking as well as we might hope.

For the study, a group of children’s honesty was tested by telling them not to peek at a toy.

Their reactions were monitored by video, and then checked against their responses as to whether or not they had peeked.

Only a fifth of two-year-olds were able to lie. But by age four, 90 percent were capable of lying. By age 12 the study wasn’t willing to release their results, but let’s just say it peaked. And after that most kids knew what a video camera was.

Don’t worry, your children aren’t turning into pathelogical liars (well, most of them aren’t), they’re simply developing their intelligence. I’m sure that makes the parents of those exceptionally gifted 20 percent of two-year-olds feel much better.

Did you hear that kids?  You’re not lying, you’re making yourselves smarter. Feel free to try that out the next time you’re caught with your hand in the cookie jar.

More on the Story:  MSNBC