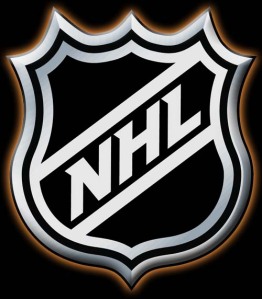 It’s been brought to my attention recently that a certain popular sport has been ignored by the Crusade.

Now, if you’re like me, you may be wondering what major sport is left.

Well, the answer is: Hockey.

Ice hockey, to be specific.  You may remember hearing about the sport in the news a few weeks ago during the Winter Olympics.

Although, I would like to point out that a certain flying, furry friend dropped in on a hockey game earlier this season.

For the record, it’s not that I don’t like hockey.  I just don’t watch it.

However, I guess it deserves its fair share of attention.  Especially since the post-season is quickly approaching (see I do pay attention).

For those who know next to nothing about ice hockey, it involves: ice, two goals, two teams, sticks, and a puck.  The object of the game is to score more goals than the other team (warning: this is an oversimplified explanation of hockey).

My favorite part about ice hockey is the penalty box.  I find it amusing that if a player doesn’t play nice they get sent to time out (if only other industries would adopt this practice).

That about exhausts my hockey attention span (I tried).

Good luck to all you hockey fans as you prepare for the post season.  May your team score more goals than their opponent.

…hockey, according to “How I Met Your Mother”: Give Me the Stick